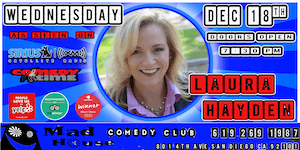 Richard Chassler is not your average talent. Born in New York & raised between there & Los Angeles, Richard grew up around show business; his uncle, Allen Swift, was the voice of Howdy Doody, Popeye & countless others & his cousin, Broadway star Lewis J. Stadlen, is a Drama Desk Award-winner & multi-Tony Award nominee.

Richard began his performing career at the age of 9, playing drums at jazz clubs throughout NYC & Long Island. Naturally gifted & loving to perform, Richard quickly turned to the theatre, where he began honing his acting skills

as a student of famed acting teacher Stella Adler. Richard has appeared in several films including The Insider, directed by Michael Mann & most recently, as Martin Balsam in Fox Searchlight’s Hitchcock, which starred Anthony Hopkins

He has also performs on stage, and has been seen playing Biff in Arthur Miller’s Death of a Salesman, Count Guido in the world premiere of The Ring and the Book, & most recently as Roy Cohn in Ethel Sings: Espionage in High C, about the execution of Julius & Ethel Rosenberg at Walker Space (Soho Rep) in New York City in which he received excellent reviews.

In addition to working as an actor, Richard has spent many years headlining & touring as a stand-up comedian & can be heard doing a myriad of voices in numerous cartoons & commercials. Richard studied screen writing at UCLA and along with his arsenal of scripts, Richard made an award winning dramatic short film entitled, STOP (featuring Richard Kind) which he wrote, directed & starred in. Multi-talented & driven, this talent is a force to be reckoned with.

They say there are two sides to every story–when it comes to Laura Hayden there are about twenty. As a medical professional, comedian and shoe fanatic, Laura combines her experience as a physical therapist with her ability to entertain in order to show people how to let loose, laugh and avoid professional and personal burnout. Laughter is one of the best weapons against stress and burnout, which makes Laura the A-bomb of comedic therapy. Laura’s arsenal of burnout fighting techniques include articles on how to fight burnout, entertaining and enlightening keynotes, and straight shots of stand-up comedy. Like she says “it only hurts when I don’t laugh!”